Founded in 2018, we provide technical and analytic support to national security.

Viperion Tech is a rapidly growing and innovative small business in northern Virginia. The company was founded in 2018, and consists of dedicated professionals that have served in various roles throughout the U.S Armed Forces, national security, and law enforcement communities. We provide technical and analytic support to national security in areas of intelligence, cyber, space, supply chain, and data analytics. We harness our capabilities through a whole team approach, while fostering personal and professional growth.

Viperion has proven to be an integral partner for our government, private, and academic partners by leveraging analytical and tradecraft best practices to achieve desired outcomes. 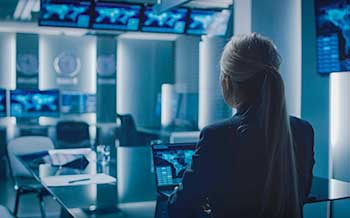 The demand for more accurate, timely, and relevant intelligence is constantly evolving. Through continuous training and professional enrichment, we leverage our skills to support daily operations, identify gaps, and recommend improvements or solutions. Our personnel hone their skills to comprehend changes made to the physical environment caused by the human footprint. We have an in depth understanding of the challenges that may arise due to geopolitical changes around the globe. In response to these changes, we utilize cutting-edge advances in tradecraft and technology to provide critically needed information to national security stakeholders and decision makers.

At Viperion, we encourage our teams to strive for success by providing superior performance, and ensuring successful communications. We continually strive to evolve corporate best practices by reflecting on what we learned through careful observation of our customer’s needs, the mission, and the world around that mission. We encourage our personnel to identify trends that are changing speeds. We build trusting relationships with our customers through regular and transparent communications. We build cohesive environments, and ensure every employee understands what we offer our customers, and what we value. We adhere to a highly selective vetting process that has a proven track record of success. 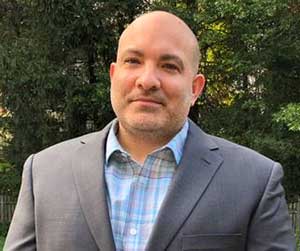 Chris is the President and CEO of Viperion Tech LLC. He has over 20 years of experience within national security and intelligence community operations. He successfully served in numerous operational and leadership roles, and led the establishment of multiple programs that are still at the forefront of today’s initiatives . In 2016, he received the Director of National Intelligence Innovation Award for his efforts in establishing a defense industrial base capability. Chris also served as a U.S. Air Force Reserves Commissioned Officer where he specialized in cyberwarfare, and supported the establishment of numerous cyber programs throughout the federal and private sectors.

Upon joining the defense industrial base, Chris held positions as a program manager and Cybersecurity and Intelligence Director prior to founding Viperion Tech, LLC. He founded Viperion to build an organization consisting of highly trained and trusted intelligence professionals that share the same level of dedication and values towards defending the nation. He has a bachelor’s from Saint Leo University, master’s from Old Dominion University, and post grad certificate from Penn State. As of 2018, Chris is a board member of the Rutgers University Cybersecurity Advisory Boards. 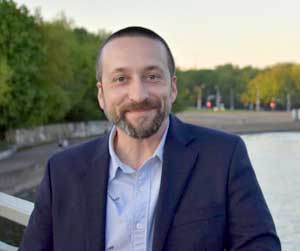 As Viperion’s Planning, Business and Talent Acquisition Manager, Michael Klein is a veteran of the U.S. Air Force with over twenty years of experience in national security, federal law enforcement, and private sector professional and technical services. Michael has extensive experience assisting international intelligence and CT operations, and has received multiple awards for his contributions to national security. He has served as an Imagery Analyst and Subject Matter Expert where he supported several expeditionary programs for the 30th Intelligence Squadron, and led U.S.-based initiatives in support of intelligence, surveillance, and reconnaissance (ISR) missions and military operations in Iraq and Afghanistan.

Michael joined the defense industry in 2003 and has provided support to various IC organizations. He deployed in support of the Iraq Survey Group (ISG), supported global intelligence operations for DIA’s Joint Task Force Combating Terrorism (JITF-CT), and received the National Intelligence Certificate of Distinction in 2012 for his role in an inter agency team that disrupted a homeland terrorist attack plot. Prior to joining Viperion, he worked as a Director of Business Development and Recruiting, during which time he led business development, capture, and proposal efforts focused on defense, intelligence, and law enforcement clients, along with successfully leading the company’s full lifecycle recruiting and talent management efforts. He earned a Bachelor’ s Degree in International Business from Strayer University, and a Graduate Certificate in Terrorism Analysis from the University of Maryland.

Talk to us today about how we can efficiently and effectively enable your mission success.